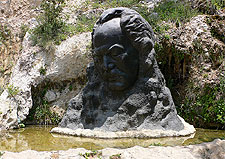 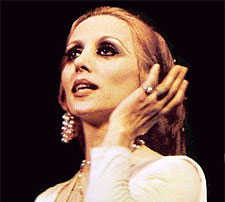 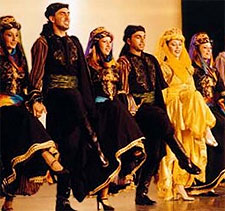 Lebanon is one of the artistic hot spots of the Middle East, where music, painting, litterature, theatre and dance all play a vital role in the cultural life, with plenty of live performances and festivals going on at any one time. in recognition of all this activity, UNESCO declared Beirut, the cultural capital of the Arab world for the year 1999.

Gibran Khalil Gibran, born in the mountain village of Becharre in 1883 and author of the classic visionary work, The Prophet, is widely regarded as one of Lebanon's most important literary figures. The Prophet, an extended poem, with a mystical theme, has been translated into nearly 40 languages and is still an international bestseller. You can visit Gibran's museum in Becharreh village, just below the Cedars ski resort.

Amin Maalouf, is arguably one of Lebanon's best-known contemporary writers. His books, which include "The rock of Tanios, the First Century, After Beatrice and Samarkand", have been widely acclaimed by critics, winning several international literary prizes. Other important writers include Mikhael Meaimeh, Amine Rihani and Nadia Tueni, a renowned poet.

Traditional and modern arabic music can be heard everywhere in Lebanon, blaring from car stereos, shops and restaurants. See if you can identify the sounds ofthe most commonn instruments, suc as the Oud (similar to a guitar and considered the king of Arabic instruments), Tablah (a drum with a goatskin stratched over its neck), Nay (a flute) and Qanun (a type of zithen).
Feyrouz, Lebanon's most famous singer, has a huge local and international following, while Marcel Khalife, a well-known oud player and song-writer, is famous for his patriotic lyrics.

Feyrouz married into the Rahbani music dynasty. Her late husband, Assi, and brother in law, Mansour, were her composers, while her son, Ziad is a composer, musician and comedian in his own right and has lately collaborated with his mother. His cousin, Ghassan Rahbani, is a more commercial artist and the creator of The Four Cats group.

The Dabke is Lebanon's national dance and is often performed at weddings and other special occasions. The dancers form into rows, linking arms, performing a series of synchronized steps and kicks. If you get the chance, go and see the Caracalla dance troupe, which regularly perform in several theaters of the capital Beirut. You will enjoy the colorful costumes and the energetic techniques, skillfully combining elements of classical ballet and oriental dance.