A melting pot of Cultures 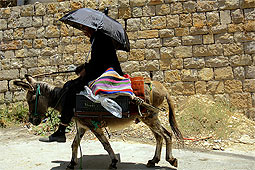 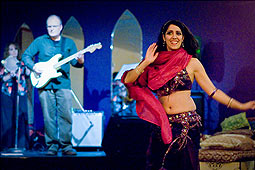 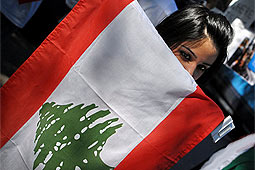 Lebanon, home to approximately 4 million people, is a country of contrasts. It's a modern and traditional, liberal and conservative, urban and rural.

Despite Lebanon's small population, there are 17 different religious communities living within boundaries. These include the Maronite, Greek Orthodox and Catholic churches, the Sunni, the Shia and Alawite branches of Islam and the Druze. There is a 200,000 Armenian community, whose ancestors were forced to flee Anatolia in 1915, and nearly 500,000 Palestinians, refugees from 1948 and 1967 wars. This colorful, often explosive, religious and cultural mix gives Lebanon its unique character.

Life in many of the mountain villages is still traditional, with inhabitants farming their own lands and following the customs of their ancestors. Many Lebanese like to spend the summer months in their mountain houses, where they can escape the heat and humidity of the coastal plains. By contrast, city life, with pollution and heavy traffic, is fast-paced and far-removed from the rural idyll. People live in high-rise modern apartment blocks and take part in the daily rat race, typical of a throbbing metropolis.

Whenever you are in the world, you are likely to come across a Lebanese. This is because there are more than five times as many people of Lebanese origin living abroad than in Lebanon. They are generally hard working and resilient businessmen, retaining close links with their homelands, frequently bringing their children up to speak Arabic and to appreciate the Lebanese customs.

The national language in Lebanon is Arabic, but French and English are wildly spoken. written and spoken dialect of Arabic bears little resemblance to any European language; the alphabet is completely different, the script is written from right to left and several sounds are unfamiliar to a western ear. To complicate matters further, the Arab countries speak a different dialect, and as such a Moroccan finds it difficult to communicate with a Egyptian, unless they speak in classical arabic, the lingua franca of the Arab world. French was wildly used during the French Mandate era and was then compulsory in schools, but English is now rapidly picking as another second language.