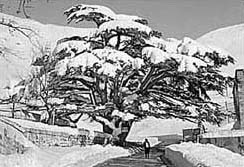 Every visitor to Lebanon has heard that this is the only country in the world where one can ski on snow in the morning and swim in the waters of the Mediterranean in the afternoon. This is due to the fact that Lebanon mountain range rise up above a very narrow coast. Even the highest resorts are only a short drive from the coast, which offers on clear day a particularly spectacular view. From the top of Mzaar, the highest point above the resort of Faraya, the Bekaa Valley and the Anti Lebanon mountain range can be seen to one side, and to the other, the city of Beirut and other towns along the coast.

Skiing in Lebanon today has very much changed since it was last introduced.

The first pioneer was a young engineering student who brought with him the enthusiasm of skiing when he returned from his studies in Switzerland. This enthusiasm spread slowly at first, and it was not until the 1930’s that skiing in Lebanon became widely popular.

At first, skiing was not as appealing as it is today as there weren’t any ski lifts until the 1950’s, because before enjoying the thrill of a «run», the skiers would have first to the top of the slope on foot. So because of all the time and the efforts that they would have to spend, skiers would only manage a couple of runs each day. An earlier President of the ski federation said: «We rented wooden skis, old fashioned leather boots with simple bindings and walked up the slope». He added: «To keep from slipping, we put fox skins under our skis»

Skiing in Lebanon gained wide recognition as a serious pursuit in late 1930’s thanks to the French army who set an army ski school in the area of the Cedars in the north of the country. Its aim was to train soldiers in mountain patrol techniques and produced the country’s first expert skiers. 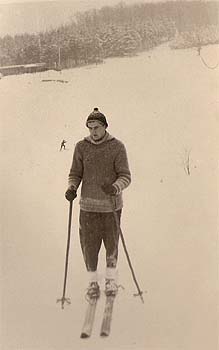 Early 1950, the first ski lift was constructed but it was too small and could only be used for one month a year. Two years later the government paid for the construction of a large ski lift in the cedars. The ski federation has since been responsible for the organization of international competitions and Lebanese skiers would travel abroad to take part in international and regional competitions.

The cedars resort is the best one due to the natural amphitheatre formed by the slopes which allows spectators to see the entire run.

From 1958 till today, other resorts began to show up, starting with the construction of chalets and lifts in Faraya Ouyoune El-Simane, Laqlouq and Zaarour.